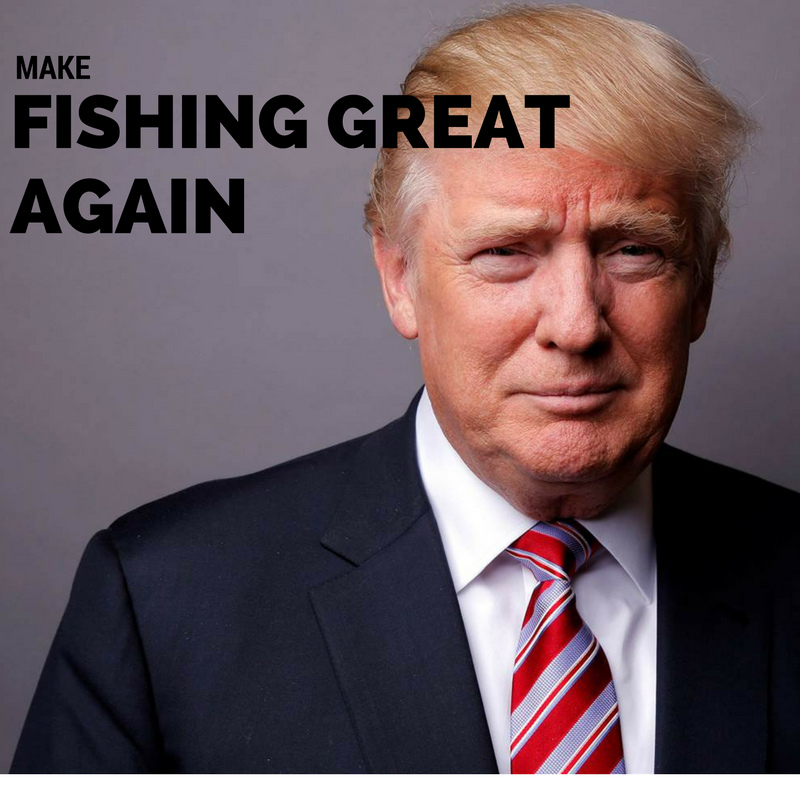 New Gretna, NJ, – When the news broke this morning that Donald J. Trump had been elected to serve as the 45 th president of the United States, the Recreational Fishing Alliance’s Executive Director Jim Donofrio couldn’t have been more pleased.

“The RFA was the only sport fishing organization in the country that supported and publically endorsed Mr. Trump right from the beginning,” explained Donofrio. “He obviously understands business as well as anyone, and we quickly realized that an administration under his leadership would benefit the recreational fishing industry, particularly those in the manufacturing sector such as boat and engine builders and tackle companies, which have been operating under increasing governmental restrictions for years. We believe these businesses will now be better able to improve their products and expand their markets as we move forward.”

The RFA is also optimistic that the new administration will provide a more balanced approach to managing the country’s marine resources. “The days of the environmental zealots running the show are, for the most part, over,” continued Donofrio.  “I think we’ll start to see a more balanced approach between access to our resources, responsible stewardship, and common-sense conservation. This, of course, has always been a major goal of the RFA, but in many arenas it’s been an uphill battle. So, we’re excited about this new direction, and look forward to some positive changes to the Magnuson-Stevens Act that will benefit our sector, along with a new attitude towards fishery management.”
And finally, an issue that has concerned recreational anglers and the sport fishing industry during the past year is unlikely to persist under President Trump’s leadership- the use of executive action and other less-than-transparent schemes to circumvent the public management process. President Obama’s unilateral use of the Antiquities Act of 1906 to designate vast areas of the oceans as “national monuments” in order to increase restrictions and ban fishing has been particularly troubling. “We’re hoping that President Trump will reverse some of these designations in the near future,” said Donofrio. “They represent an unacceptable level of governmental overreach, and we already have a transparent public process to manage our resources in the form of the Magnuson Act.”
In short, the RFA congratulates President-Elect Trump, and is gratified to have supported him during his entire hard-fought campaign. “We look forward to working with him and his new administration in improving access for recreational anglers and energizing those in our sport fishing businesses,” added Donofrio. “I think we’re going to start seeing some positive changes.”