June 11, 2013 – While the imminent arrival of Tropical Storm Andrea may have scared off a few anglers, she was no match for older sister Sandy and couldn’t put a damper on the very first annual RFA Bass River Summer Flounder Tournament in New Jersey.

Hosted by Viking Yachting Center and Breezes Bar & Grill on the Bass River, the 2013 ‘Bass River Classic’ had a field of 40 boats competing in beautiful Sunday weather conditions after the contest date was moved back from Saturday.

RFA lifetime member Dave Roesch and the crew from Nipples won 1st place in the first annual RFA Bass River Summer Flounder tournament in 2013, earning close to close to $3,000 in the process. Here, Roesch’s gets a helping hand from the ladies from Breezes Bar & Grill.

Grand prize winner with a two-fish box of 9.48 pounds of summer flounder was Capt. Dave Roesch and the crew aboard Nipples.  “It was a difficult day to fish,” Roesch said of fishing the Sunday after two-days of heavy rains, adding “the flounder had lockjaw again and we caught four of the seven fish in a 15-minute period.”

The biggest of Roesch’s two fish bag weighed 6.42 pounds, which was the biggest flattie of the tournament which allowed the team from Nipples to sweep the weekend calcuttas as well for nearly $3,000 in total payouts.  The Recreational Fishing Alliance (RFA) was thrilled to receive a $500 donation back from Roesch for our ongoing efforts to protect the American anglers’ right to fish.

“Thanks to Breezes for providing a great tournament site,” Roesch said, adding “it was our pleasure to donate $500 of the winnings to the RFA.”

The second place winner of $750 was the crew from Quality Time captained by Joe Daunoras with a two-fish weight of 6.91 pounds including fish of 2.98 pounds and 3.93 pounds.  Quality Time narrowly edged out the third place boat Bay Girl with Capt. Marty Posluszny, who brought in a 3.33- and 3.46-pound brace of fluke for a total weight of 6.79 pounds.

Another youth angler winning big in 2013 was 8-year-old Domenic Iannacone who bagged the biggest fluke of the 12-and-under division, registering a 1.92 pounder while fishing aboard Capt. Pete Toughill’s boat.  In addition to an 18-inch fluke trophy, young Domenic also walked away with a brand new Lamiglas rod with a Shimano Tekota reel donated by Scott’s Bait and Tackle of Mystic Island, and a $50 cash prized donated in the name of RFA member John E. Roberts.

Another $100 cash prize in honor of the late John Roberts was awarded to Lou Cavaliere aboard Candiru for a 3.96-pound summer flounder.

The first annual ‘Bass River Classic’ to benefit RFA and the Tuckerton Seaport & Museum was a huge success, and couldn’t have been possible without the gracious support of our sponsors including Viking Yachting Center, Breezes Bar & Grill, Scott’s Bait & Tackle, Allen’s Dock on the Bass River, Chestnut Neck Boat Yard, Lamiglas rods, Sea Tow of Atlantic City, and The Fisherman magazine.  A big thanks as well to Capt. Dave at Absecon Bay Sportsman Center who donated 300 softshells to the captains meeting dinner.

Thanks too to the whole staff at Breeze’s Bar & Grill, which will once again be the host site of the 2014 RFA Bass River Summer Flounder Tournament slated for Saturday, June 7th, 2014 (mark your calendars now and don’t miss out on this new South Jersey classic!) 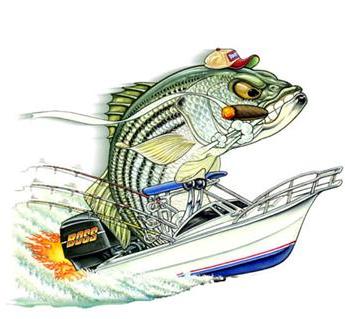